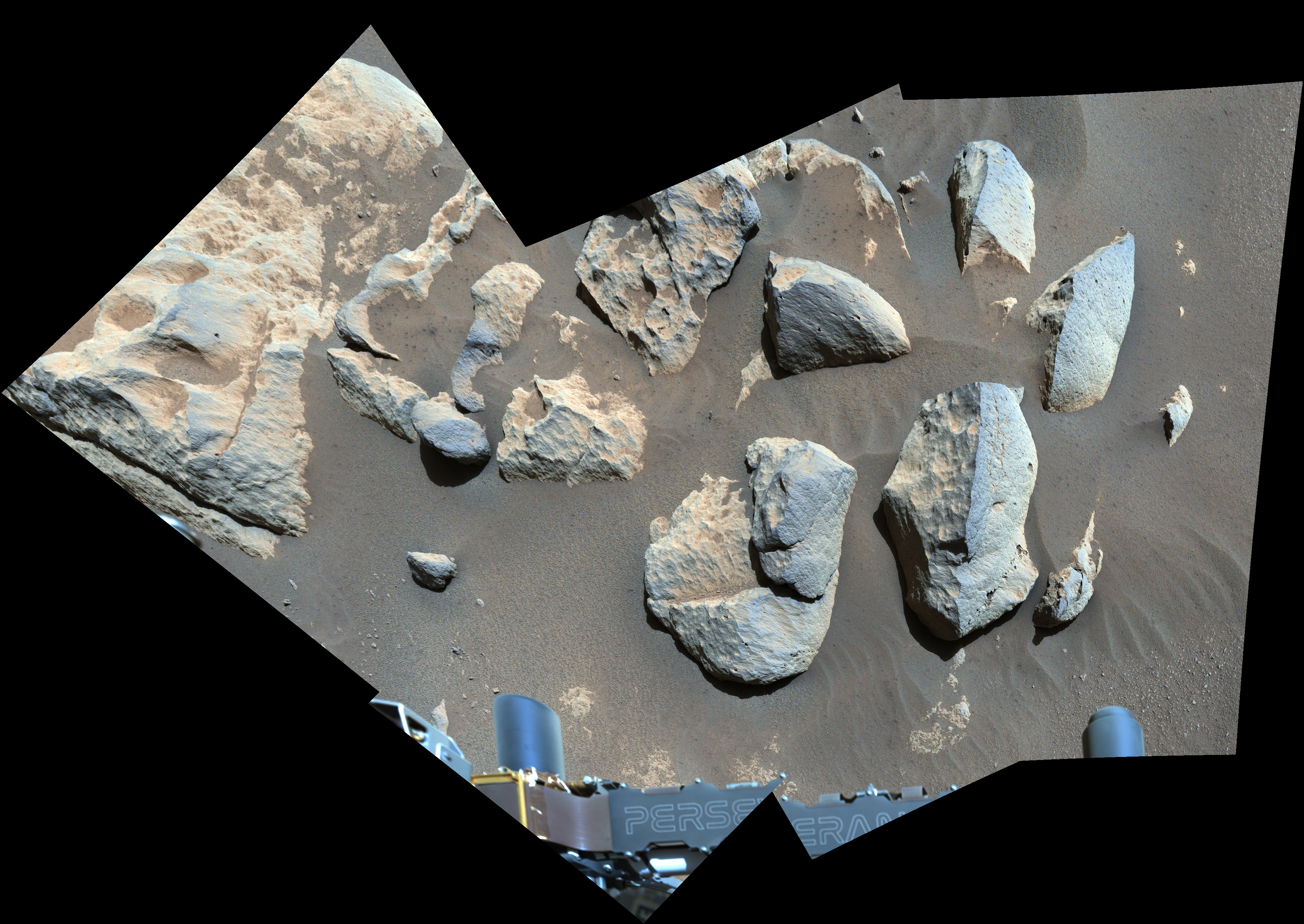 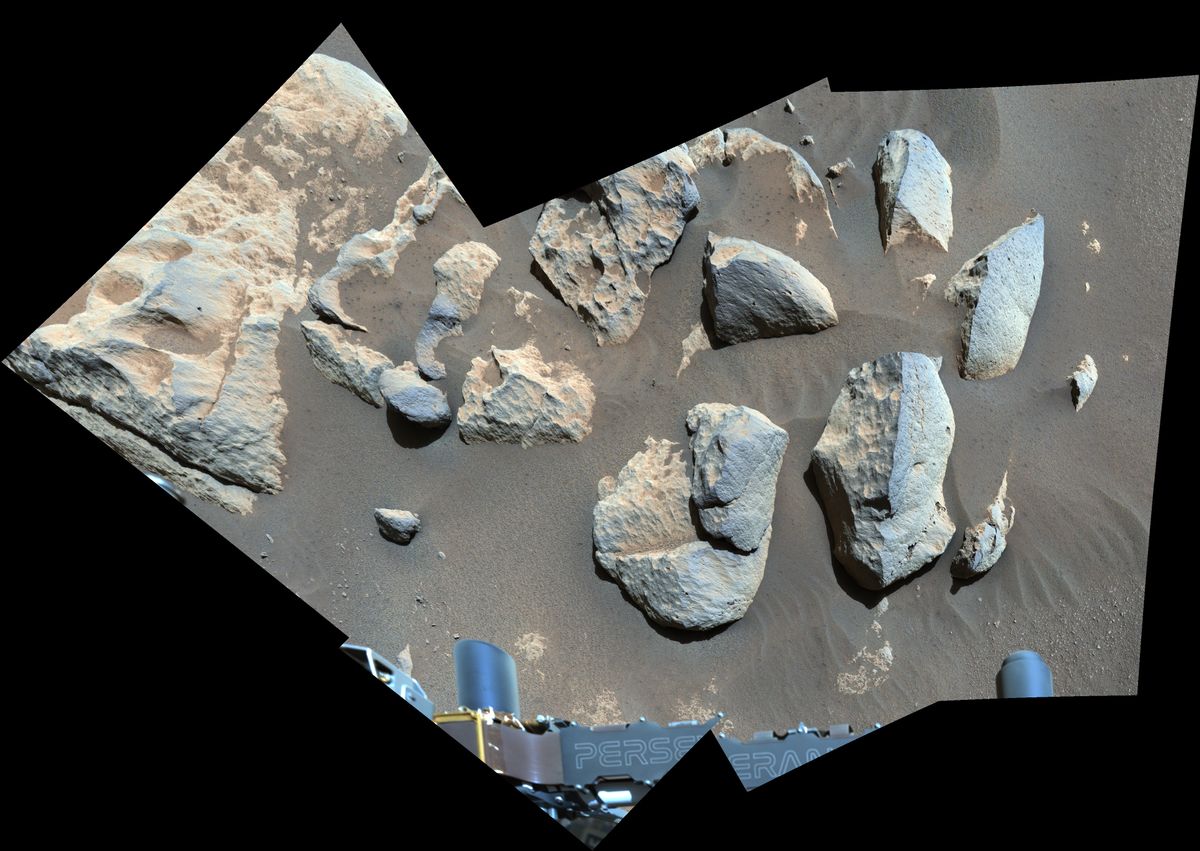 The Ingenuity helicopter’s first flight on Mars has been delayed, but NASA’s Red Planet teams are staying busy with the larger Perseverance mission.

The car-sized Perseverance rover has an ambitious agenda during its two-year primary mission to seek out potentially ancient habitable environments and pick up the most promising samples for a future mission to carry back to Earth in 2031.

So while Perseverance is sticking close to Ingenuity to pick up footage from the drone’s eventual flight, the rover has been far from idle. Dispatches from the official account on Twitter show it’s staying in place after having driven 0.17 miles (270 meters) from its Feb. 18 touchdown site to the airfield overlook selected by the mission team. To keep busy during the delay, Percy is studying the rocks at its feet.

“I’m getting ready to do some local science at the #MarsHelicopter lookout point, while we await the first flight. I’ve been imaging some of the local rocks,” the account tweeted on Wednesday. You can view the most recently downloaded images at this NASA website, which indeed shows quite a few pictures of nearby rocks along with long-range views of the Ingenuity helicopter.

Meanwhile, the Ingenuity team is busy troubleshooting a high-speed rotor-spinning test that didn’t produce the expected results on Friday (April 9). The anomaly pushed back the first flight date, which was supposed to be Sunday (April 11). Ingenuity must fly on its own due to the distance between Earth and Mars; effectively, this means nobody can “joystick” the drone, so the Ingenuity team wants to proceed carefully before authorizing the helidrone to fly.

The team spent last weekend looking for a solution and found “that minor modification and reinstallation of Ingenuity’s flight control software is the most robust path forward,” officials at NASA’s Jet Propulsion Laboratory (JPL) in California, which manages the technology demonstration mission, wrote in an update Monday.

JPL hasn’t set a new flight date yet, and noted that it will take some time to beam up the software modifications and to validate them. The team has 30 Martian sols (or 31 Earth days) to get Ingenuity off the ground at least once before the rover is scheduled to move on. Since Ingenuity remains healthy, JPL officials added they are confident the helicopter will fly before its window closes.

Perseverance, Ingenuity and the mission are all working through the first crucial 100 days where JPL tries to make the most of the enthusiasm and adrenaline that accompanies a new landing on Mars. The controllers are temporarily working on “Mars time” and moving their schedules forward by about 40 minutes a day so that they are awake at the same time as the rover and helicopter.

The helicopter’s mission to fly on Mars could, if successful, herald a new generation of flying explorers that could scout ahead of rovers and humans to look for travel routes or to examine dangerous terrain inaccessible from ground vehicles. Ingenuity could make as many as five flights on Mars, with the last one (if it ever happens) expected to fly into uncharted terrain in Jezero Crater.